Summer’s Insect Bites to Watch Out For! 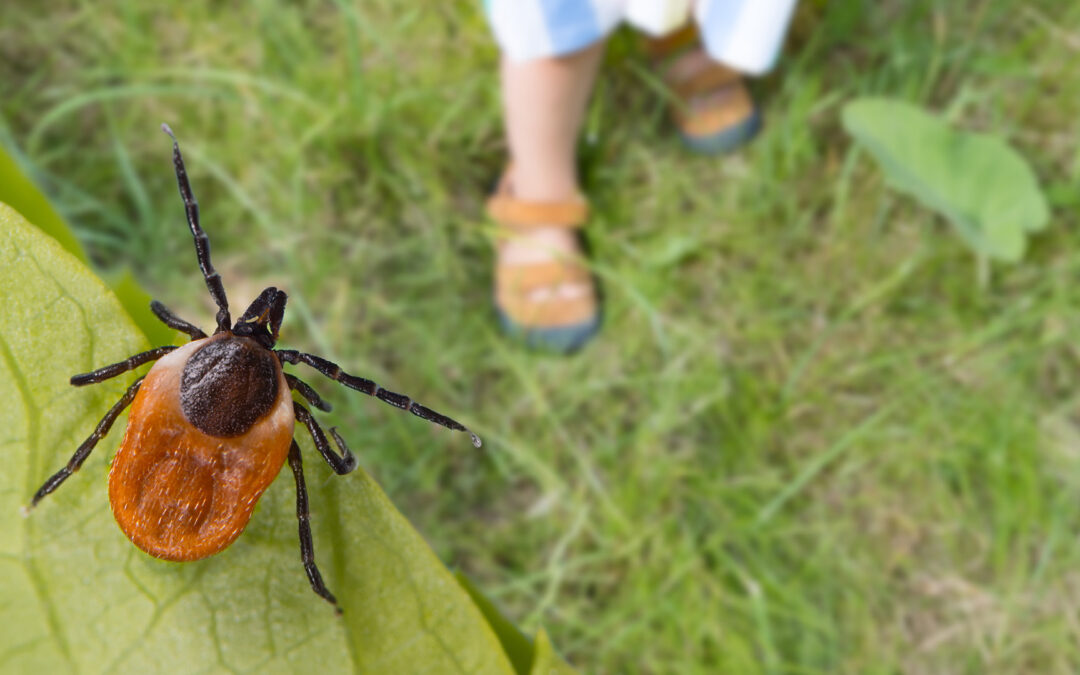 Nobody likes insect bites. Bites burn, sting, itch, and swell. Depending on the person and the specific insect that bit them, bug bites can even be deadly. If you live in Indiana or are planning on visiting anytime soon, it’s good to know which insects might pose a threat. Knowing helps you plan on how to prevent bug bites as well. We all know to watch for bees and wasps, but there are several other species of insects in Indiana that pose a threat to sting or bite. Here are a few to consider…

Most of us know the annoying itching and, at times, swelling that a mosquito bite can cause. But despite the discomfort, mosquito bites around the world are quite dangerous. They are the deadliest animal in history! Mosquitoes are known to carry Malaria, West Nile Virus, Dengue, Zika Virus, and Yellow Fever.

Of course, it’s unlikely an Indiana mosquito is carrying any of these diseases, but it’s still a good idea to use cautioun. Using bug repellent is more important than just to avoid the annoyance of mosquito bites.

Spiders, Insect Bites and Your Pets

Indiana is home to 2 species of siders that bite.

The Brown Recluse and the Black Widow Spiders

The brown recluse spider and the black widow spider live in any dry quiet area, such as your woodpile, basement, cardboard boxes, or closets that no one opens frequently. They build a nest at ground level, often around dark openings or holes, and make a web to wait for prey. These spiders rarely grow to an inch, but have a powerful necrotic venom.

Although people are afraid and avoid these spiders, bites in Indiana are rare, and those who are bitten usually have only mild symptoms of pain and swelling. It is important that animal lovers and pet owners stay on alert. These spiders are more dangerous to cats and dogs or other large animals than they are to humans.

Many are aware that red ants can bite. In fact, these ants are called red velvet ants, and are not really ants at all. They are wasps without wings. The sting is excruciating. They have even been reported to be able to take down an adult cow. They nest in the ground. Identification is easy because they are fairly large at ¾” and wear bright colors. Red velvet ants have many protections. They are extremely quick, have a hard exoskeleton, distinct chemical defenses, and of course, have a venomous bite.

A deer tick is known for being a carrier of Lyme disease. Tens of thousands of people are diagnosed with Lyme disease each year, mostly coming from deer ticks. Lyme disease includes joint pain and chronic fatigue and exhaustion. Lyme disease can last for up to 6 months at a time but can resurface years later.

Deer ticks are only a quarter inch so they can be difficult to spot. They live in heavily wooded areas and can drop out of the trees to land on you. It is best to avoid them by wearing long sleeves and long pants when out in the woods and using bug repellent containing Deet. Deer ticks should not be confused with wood ticks which do not carry Lyme disease. A deer tick can be identified by its orange coloring.

When this insect bites, it attaches itself to your skin. You want to remove it as soon as possible. The challenge is that a tick imbeds in the skin, and to pull, twist, or jerk the tick will cause the mouth parts to remain in the skin. Instead, use tweezers as close to the skin as possible and pull up steadily with even pressure. There are also tick removal tools that can help. After being in the woods, thoroughly check your body to be sure no ticks have attached to you.

There is one insect that you might see in your yard this fall that you will want to avoid at all costs. The insect is Arilus cristatus (Linnaeus), a family of a species collectively known as the assassin bugs. Arilus cristatus also carries the common name of Wheel bug. Sometimes their bite takes months to heal! They are one of approximately 160 different species of assassin bugs.

Wheel bugs are round, like a wheel. They are grey and black, and sometimes have bright red coloring in areas. They are known to have very long legs. Their exoskeleton is like a suit of armor. Wheel bugs also have a structure sticking up from above the head that looks like their helmet. It may also look like a cog wheel or gear. No other insect in the United States possesses such a structure and the wheel allows this species to be readily identified. The wheel is where they get their common name.

Luckily, Wheel Bugs are not aggressive other than hunting their prey. They actually try to avoid contact with humans. Humans getting too close threatens them and they attack. Since you are much larger than their prey, their poison will not paralyze you. That also means your insides will not dissolve and they won’t drink your fluids. However, the bite is extremely painful. People describe it as ten times worse than a hornet bite. It often takes several months to heal and likely leaves a scar. The best thing to do is to avoid them altogether.

At Bug Out, we want to help protect you from bite and stings this season! If you are having difficulty with any pests do not hesitate to reach out for help from the professionals. Bug Out Pest Control can take care of any of these uninvited guests in your home!